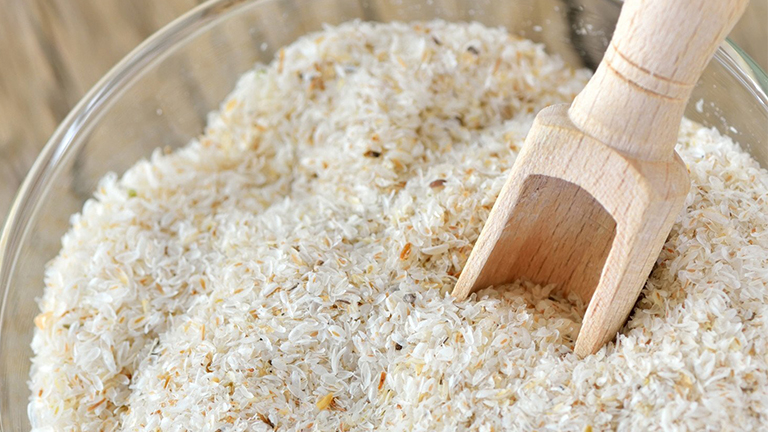 Psyllium or Isagbol are the popular names used for the plant genus Plantago that are used for the commercial production of mucilage. India provides nearly 80% of psyllium husk powder all around the world. It is a native plant of India which is now globally exported because of its versatile attributes. It is used in a bunch of applications in numerous industries. India has the perfect climate to grow psyllium crops.

Environmental conditions that are suitable for the growth of psyllium husk:

Climate: Psyllium husk is grown in well to cool, dry weather. In India, the crop is prominently cultivated in arid regions of North Gujarat as a post-monsoon crop. During the months of October-November, after the monsoon passes, the average temperature fluctuates between 60 to 85°F and moisture is limited which is fit to grow Plantago crops. The plant requires moderate water. It is given 5-6 light irrigations per day. Clear, dry and sunny weather preceding harvest is a chief environmental necessity for this crop to grow. If the temperatures are high at night and monsoon lasts for long there is a large negative impact on the yield. Heavy showers on the mature crop end up being shattered and cause major field losses.

Soil: Psyllium plant grows best when there is abundant light, loamy and well-drained soil. It has requires low nutrients to grow. The soil should be low in nitrogen and phosphorus but high in potassium with a pH ranging between 7.2 and 7.9. Nitrogen trials have been carried out under these weather conditions and have resulted in maximum seed yield.

Germination: 1000 Psyllium seeds weigh about 2 grams. If grown in ideal conditions where there are adequate moisture and low temperature most of the seeds germinate in a week. The seeds mature into a crop 3 months later, following harvest. Various factors such as including dry and wet heat, cold and CO2 do not eliminate the growth of the crops during this period. The crops are then cultivated and exported to various industries.

The demand for psyllium husk powder has risen drastically due to being very high in natural fibre. Studies have also found that edibles containing psyllium reduce cholesterol effectively. Several studies point that consuming psyllium husk as a dietary fibre on a daily basis for at least 3 months can reduce cholesterol from 5-10%. The American Journal of Clinical Nutrition has indicated that the essence of soluble-fibre cereals is compelling and a healthy aspect of a strictly followed diet as it speeds up the treatment for mild to moderate hypercholesterolemia. It has also been found that by incorporating psyllium husk powder into food produces, the blood sugar levels are regulated and kept in check. By mixing psyllium husk powder with water or any other liquids such as juice, a gel-like gelatinous mass is formed. This gel acts as a carrier and moves down the elements in the digestive organ by absorbing the harmful residues and toxins. Later, these residues come out in the form of stools. Since the additive is composed of 70% soluble fibre content, psyllium husk powder can bind with the bile acids, which are chief players for digesting fats in the body.

Psyllium husk powder holds many desirable properties. It acts as a thickener and is used in ice creams and dairy products. A 1.5% weight/volume ratio of psyllium husk powder is prone to water binding characteristics that are more effective than a 10% weight/volume ratio of starch. Because of the bonding properties along with the combination with psyllium’s natural fibre attribute, it has lead to massive production in the food processing sector. Sarda Bio Polymers has inculcated modern practices to remit the qualitative gums that serve your industry well. We have been known for our top-notch range of various thickeners and water binders from natural sources and psyllium husk powder is one of that expertise with us. We export around the globe and have retained the stance for more than 50 years. We strive to deliver positive results for our customers through our products.

Having been serving the world with speciality hydrocolloids for more than 50 years now, Sarda Group companies produce various plant-derived gums that make us truly the hydrocolloid people. We provide solutions for Food, Feed and Industrial applications all over the world.